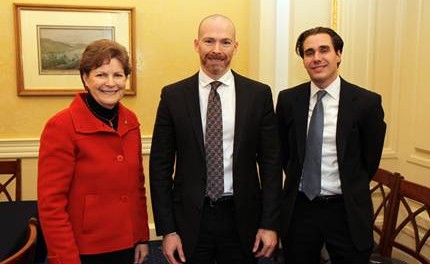 FlexEnergy, a micro-turbine manufacturer based in Portsmouth, has more than 89,000 square feet of production facilities in New Hampshire. A recent order of 200MW gas turbines by Distributed Generating Company, LLC of Samara, Russia will allow FlexEnergy to create an additional 60 high quality manufacturing jobs in New Hampshire. At the meeting, FlexEnergy’s Mark Schnepel discussed how the sale of the generators and new jobs will be possible with financing from the Export Import Bank of the United States, which Senator Shaheen worked to reauthorize.